Throughout the eighth season of China’s most popular talent show, Singer 2020, Hunan TV, one of China’s biggest broadcasters, was forced to rethink the production of the show because of the restrictions brought about by the coronavirus pandemic. Embracing the old show business adage “the show must go on”, Hunan TV embarked on an ambitious plan to ensure the success of the grand finale at the end of April – the first time ever there’s been a live remote production of a TV show in China across three locations: Changsha, Taipei, and Tokyo.

Much like its American counterparts, The Voice and American Idol, the show’s producers had to quickly re-evaluate the logistics of how it was it going to produce the live grand finale to tens of millions of eager fans. The traditional format with all of the finalists singing on the live stage in Changsha, China was no longer a viable option. Instead, of the seven contestants that made it to the Singer 2020 final, five of the singers performed on Hunan TV’s live stage in Changsha, China, two performed in Taipei, Taiwan, and, last, but not least, one finalist performed in Tokyo, Japan.

With tight deadlines, limited resources, and logistical constraints to contend with, Hunan TV needed a remote production workflow that could deliver high quality, low latency video streams over the public internet with rock solid reliability. So, the broadcaster turned to Haivision for its innovative and flexible remote production solutions.

Haivision and SRT: The Perfect Duet

By leveraging Haivision Makito X video encoders and decoders, Haivision SRT Gateways, and the SRT protocol to overcome network congestion and prevent packet loss, nine video feeds were sent as SRT streams to Hunan TV’s Changsha studio from Tokyo and Taipei over the internet and SRT Gateway in the cloud. Five of the individual camera feeds were focused on the live reaction of the singer teams (three in Taipei and two in Tokyo) and were kept in sync with Haivision Stream Sync technology supported by Makito X video decoders located in Hunan TV’s Changsha production studio. Live return feeds were sent back to Tokyo and Taipei to enable bi-directional interviews

The show turned out to be a huge success, and on April 24, Hua Chenyu, one of the most influential singer-songwriters in China, was crowned the winner and the high profile entertainment show topped the TV ratings that night. In addition to helping deliver a seamless and engaging viewing experience, Haivision’s remote production solution was able to reliably deliver the live streams at such low latency that the pre-allocated satellite link was repurposed as a backup. 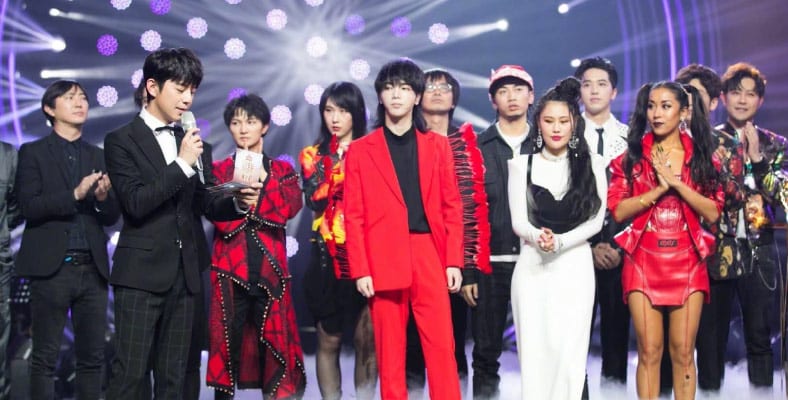 “During the pandemic, although we experienced some difficulties in the production of media content, we were able to innovate by fully exploring new technologies and applications. With the help of the remote production workflows supported by Haivision and SRT technology, the interactive live broadcast of the finals of Singer 2020 was broadcast from three locations, (Changsha, Tokyo, and Taipei) with great results achieved. For this, I want to express my gratitude to Haivision!”