By Mark Villamor All SRT, Updates

Today, we are very excited to share two milestones with you: the fourth anniversary of SRT and the SRT Alliance, and the announcement of the historic 500th member of the SRT Alliance!

It seems like there is no slowing the momentum behind SRT – in fact, as the four years sped by, more and more industry professionals continue to lend their support to the open source protocol and implement it in their own workflows.

As we celebrate this momentous anniversary, and the milestone 500th member of the SRT Alliance, let’s look back at SRT’s journey and some of the highlights along the way.

For a deeper dive into configuring and tuning SRT for your use case, download the SRT Protocol Technical Overview. 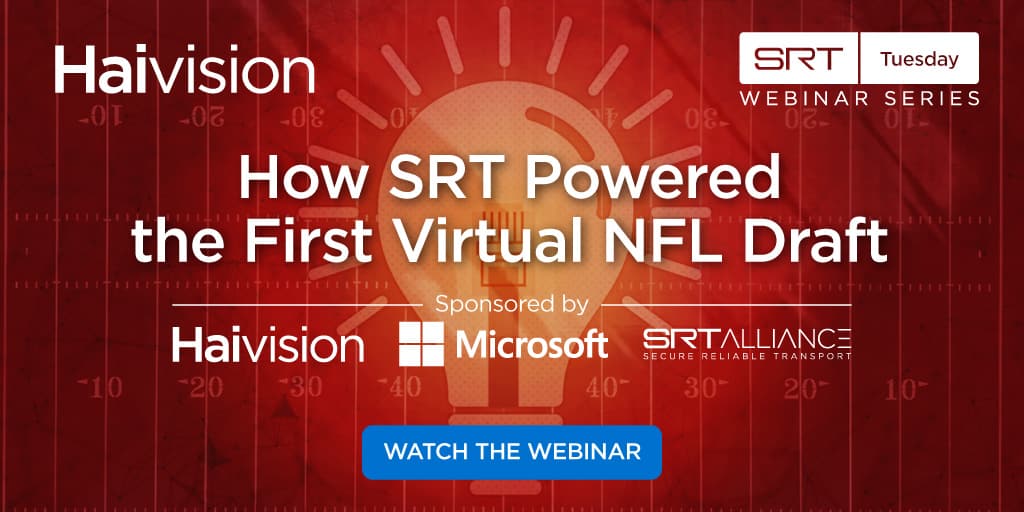 Since its beginnings, the SRT streaming protocol has been implemented in many notable workflows, including the NASA SpaceX launch in 2020, China’s hit show Singer 2020, the USGA Amateur Championship, and more. The open source protocol proved to be critical for the 2020 NFL Draft which, due to travel restrictions, took place entirely virtually. It was a remarkable success, with 55 million viewers tuning in from around the world to watch.

“SRT is now in the industry’s DNA,” said Marc Cymontkowski, Haivision’s VP of Cloud Development and the lead technical agent of the SRT initiative. “This is demonstrated by both the collaborative development of the protocol by contributing open-source developers around the world and the adoption of the protocol in every corner of the industry.”

SRT has earned acclaim from across the industry, winning awards from NAB Show, TVB Europe, and the National Academy of Television Arts and Sciences, which presented Haivision with an Emmy® Award for Technology and Engineering for the development of the SRT protocol.

Of course, none of this would be possible without the support of the dedicated members of the SRT Alliance. In four short years, the SRT Alliance has grown to 500 members, including industry leaders like Microsoft, Amazon Web Services, Telestream, and Sony.

The SRT Alliance community has continued to drive innovation and spark interest in the open source protocol. Members like JVC and AVID have participated in the SRT Tuesday webinar series, sharing how they’ve implemented the SRT protocol in their own workflows.

The community has continued to grow, with the 500th member of the SRT Alliance, Lumen Technologies, recently announcing its support for the open source protocol. And clearly, this support from the members of the SRT Alliance has been in more than name –  Haivision’s recent Broadcast IP Transformation Report showed that 53% of broadcast professionals surveyed were already using SRT in their workflows.