Looking back at the past year, we can’t help but be thankful to all our customers, partners, and readers who helped to make 2019 so successful. We appreciate your continued support and are so excited to see what 2020 brings.

However, before moving forward into the new year, we’d like to take a moment to reflect on an amazing 2019. It turned out to be a whirlwind year for Haivision, so we’ve compiled a short list of some of our favorite moments – including some highlights you may have missed!

The future is bright, and it’s in 4K

We had a great start to the year with the launch of the ultra-low latency, 4K, Makito X4 video encoder. Building on the heritage of the Makito family, the next generation Makito X4 features the highest available 4K UHD and HD encoding density and exceptional broadcast quality thanks to its HEVC/H.264 programmable 8 core encoding engine.

Since its launch, the Makito X4 has received consistent praise throughout the year, picking up several awards, including at NAB Show and WFX Conference. And video experts from across the industry agree, as the Makito X4 recently won the Streaming Media Reader’s Choice Award 2019 for Best Single or Dual-Stream Encoding Appliance.

“Stealing the Show” at NAB Show and bringing home an Emmy®!

NAB Show 2019 was a tremendous experience for the entire Haivision team. We started the show by accepting our Emmy® Award, which we won for SRT. It wouldn’t be the last award we picked up that week, as we also earned two Product of the Year awards from NAB Show: as mentioned above, the Makito X4 won for Best Hardware Infrastructure, and the SRT open source protocol won for Best Video Transport.

But the accolades weren’t the only thing we were gathering at NAB Show, as our debut of Haivision Hub generated some major buzz, with Faultline publishing an article with the headline “Haivision SRT Hub steals NAB show as momentum mounts”* 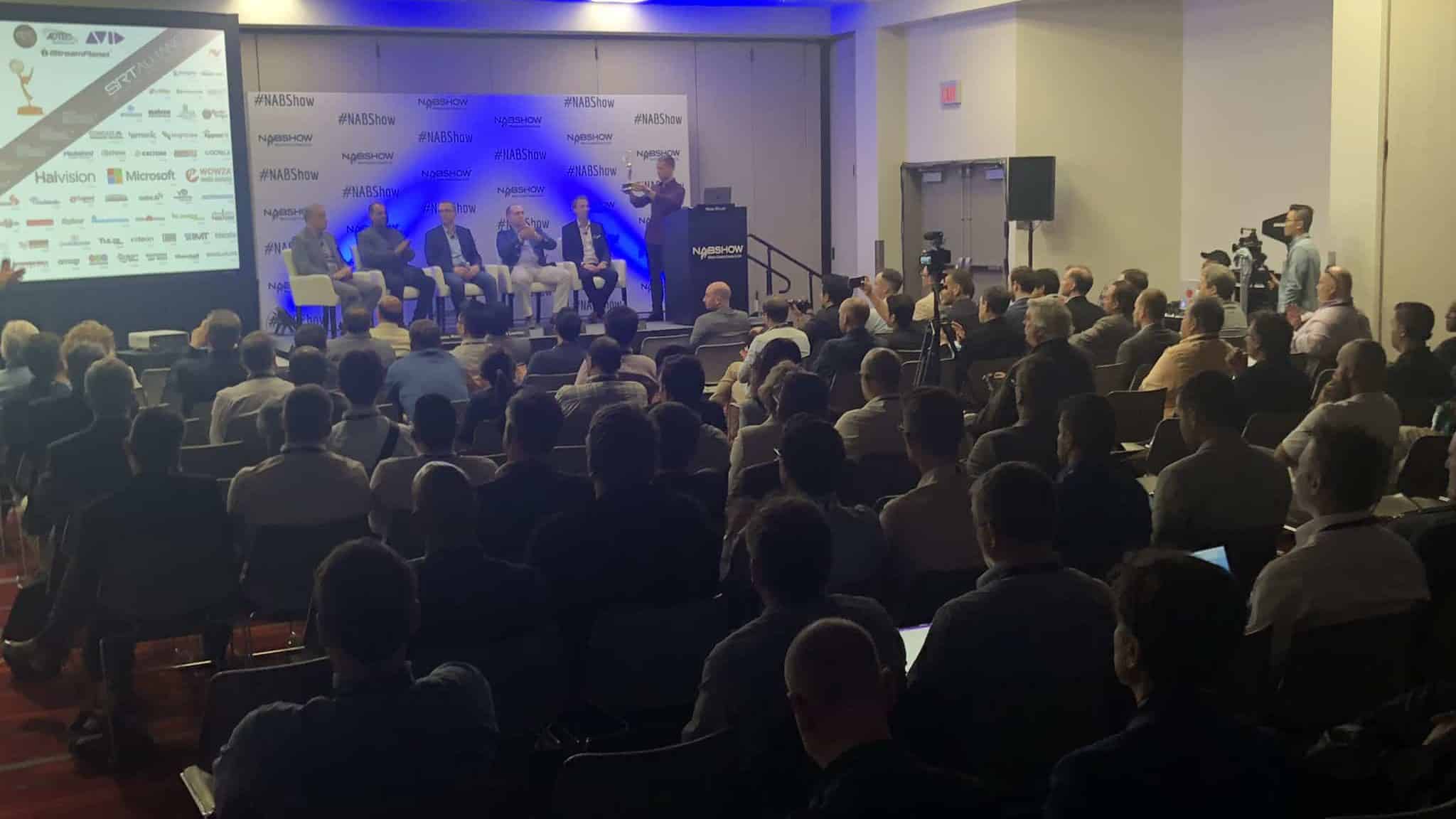 We also co-hosted three SRT panel discussions with our friends at Microsoft. These panels focused on different aspects and applications of open source SRT and featured panelists from over 14 organizations sharing their experiences with SRT, including Microsoft, Wowza, Al Jazeera, Fox News Channel, Avid, and many more.

The Importance of Partnerships and Haivision Hub

We may have been accused of “Stealing the Show” at NAB – but if anything, Haivision Hub* is already proving the importance of cooperation in technology development. Haivision Hub combines the reliability of the SRT streaming protocol with the reach of Microsoft Azure, making routing streams through the cloud easy and accessible for broadcasters.

Potentially the most exciting part of Haivision Hub is its partner program, which already includes support from industry leaders like Avid, Cinegy, Microsoft, Telestream and Wowza. It’s this focus on partnership and cooperation that makes Haivision Hub not only one of the hottest innovations of 2019, but one to watch in 2020.

Better Together at IBC

Our focus on partnerships was front and center at IBC 2019, where we, along with our friends at Microsoft, hosted SRT Sunday, featuring three exciting discussion panels with speakers from organizations including Avid, Cinegy, Bridge Technologies, Lightflow, Red Bee Media, and Telestream. And Haivision Hub continued to gain considerable traction throughout the show, winning a TVB Europe Best of Show Award for innovation and outstanding product development.

We also had the chance to connect with our friends at Riot Games, the creators of League of Legends, while attending the exclusive IBC Innovation Awards. This year, we, alongside Riot Games, were honored as finalists in the category of Excellence in Content Creation, for our work developing the remote production solution used throughout the 2018 League of Legends World Championships.

One of the biggest Hai-lights of the year was the addition of our new team in Spain, when Haivision acquired AI innovators Lightflow media. 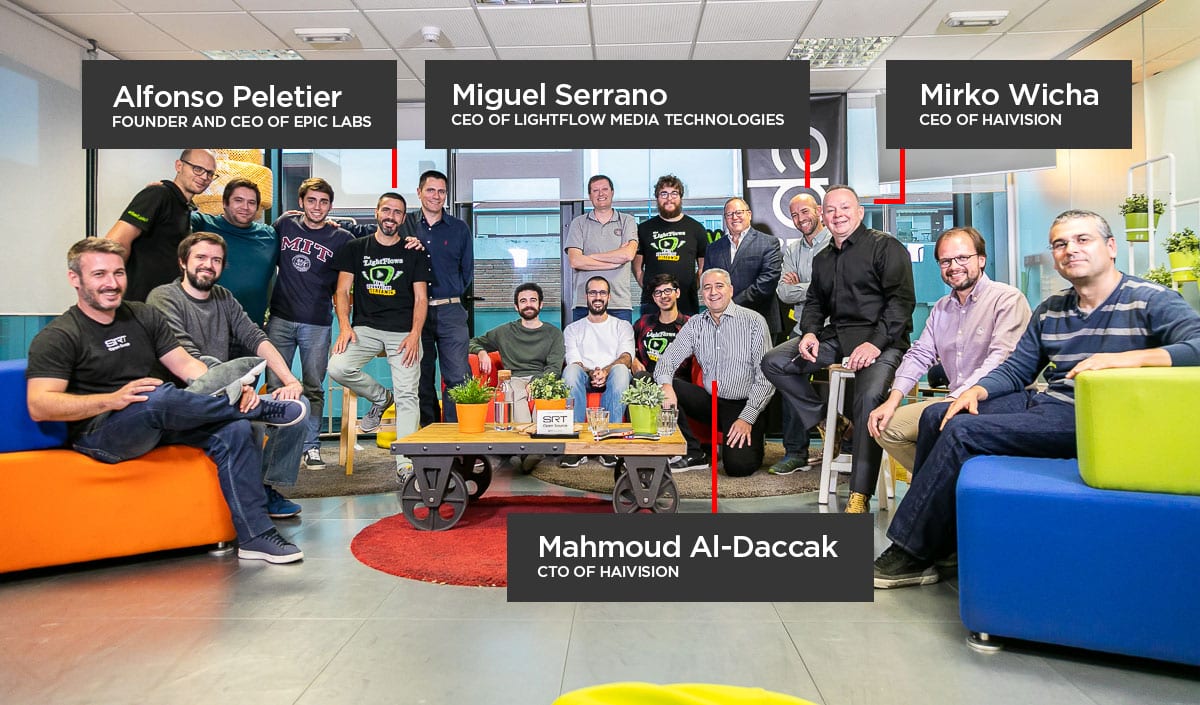 This acquisition has brought Lightflow’s highly experienced team into the Haivision family, as well as adding cloud, artificial intelligence, and machine learning technologies to Haivision’s innovation portfolio. This strategic move will pave the way for advances in content-aware video encoding, content indexing, object detection, as well as optimization of video contribution, distribution, and delivery for low latency live feeds or video-on-demand.

Not Just Big – But Small

In September, at DSEI 2019, we debuted our newest ruggedized video encoder, the Makito X1 Rugged. And right from the get-go, the SWaP optimized, low latency, HD video encoder has been attracting attention for use in embedded ISR sensors, datalinks, and mission systems. It even picked up a Best of Show award at DSEI – not a bad way to start.

One of the big standouts of the Makito X1 Rugged is how small it is. The board weighs in at just 45g (less than 1.6 oz), consumes less than 8 watts of power, and is roughly the size of a credit card (see photo below). This makes it ideal for integration within lightweight portable platforms, vehicles, drones, cameras/sensors, radios/datalinks, and wearable technology.

A Lot to Keep Track of? We Can Help

Ending the year on a high note, we introduced Haivision EMS to help our clients manage and monitor their all of their video encoding and decoding devices from one easy to use place. Some of the main uses include simplified device management, real-time monitoring, workflow organization, and centralizing upgrades.

As you can see, 2019 was certainly a great year for us at Haivision, and once again, we would like to thank you all for the important role you played in that.

As much as we are proud of the accomplishments of the last year, we are even more excited for the projects we have planned for 2020. Want to be among the first to know? Sign up to our blog today to stay up-to-date with the latest in video streaming technology!

Be the first to know the latest in video streaming