Haivision’s Makito X4 Decoder is used for many different types of broadcast workflows and defense applications that require multi-camera HD video or 4K UHD content. With the latest update to its firmware, the capabilities of the Makito X4 Decoder have been further expanded to include HDR workflows for even higher quality video and splice-based encoding, for even lower latency.

We recently introduced support for HDR encoding with the Makito X4, Makito X4 Rugged, and the Makito X1 Rugged video encoders, and now we are bringing HDR to the Makito X4 Decoder. The decoder automatically detects if a PQ or HLG signal is present in an incoming stream. There is also the option of manually selecting HDR or SDR settings.

By pairing the Makito X4 video encoder with a Makito X4 video decoder, broadcasters have an ultra-low latency end-to-end solution for HDR workflows over an IP network, in HEVC or H.264, using the SRT transport protocol.

The Makito X4 series of encoders, including the Makito X1 Rugged, supports slice-based encoding of HEVC and H.264 video for lower latency. Latency can be significantly reduced, especially with high bitrate content, as each of the slices, (user-configurable from 1 to 11), are streamed as soon as they are encoded. The Makito X4 video decoder can then decode the individual slices as they arrive over an IP network, without having to wait for the entire frame. The number of slices being decoded per frame is indicated within the decoder’s statistics view. 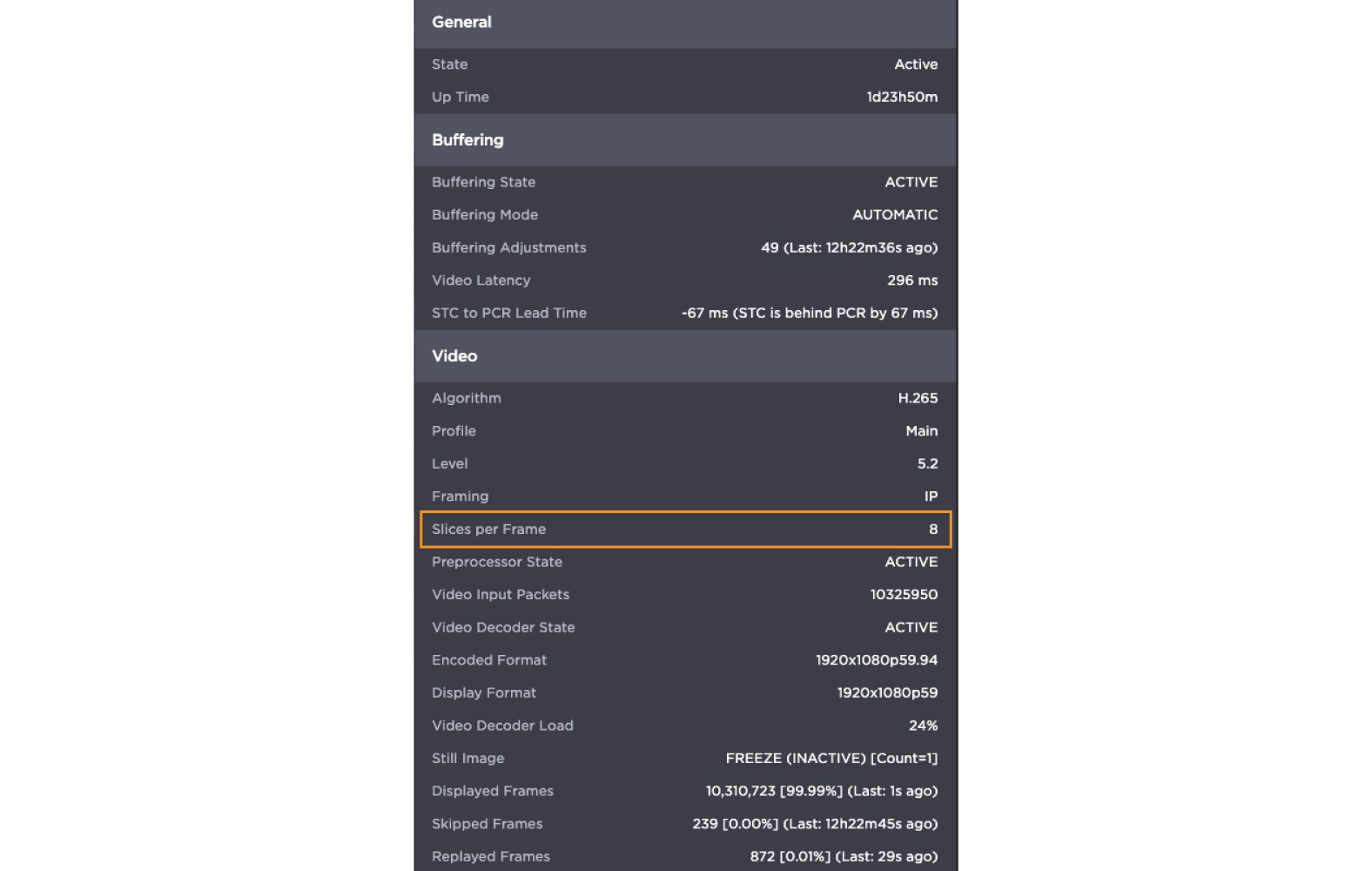 By pairing a Makito X4 encoder with a Makito X4 decoder, overall end-to-end latency can be reduced by up to 25% making it ideally suited for mission-critical applications.

For those of you already using the Makito X4 Decoder, you will notice one big difference with the new firmware. When clicking on decoders from the control center page within the web-based GUI, video thumbnails now appear on the top of each of the active decoder panels. These thumbnail previews, which can be configured to be updated every second or more, allow you to see what is being decoded even if you are not physically in the same place as the decoder. 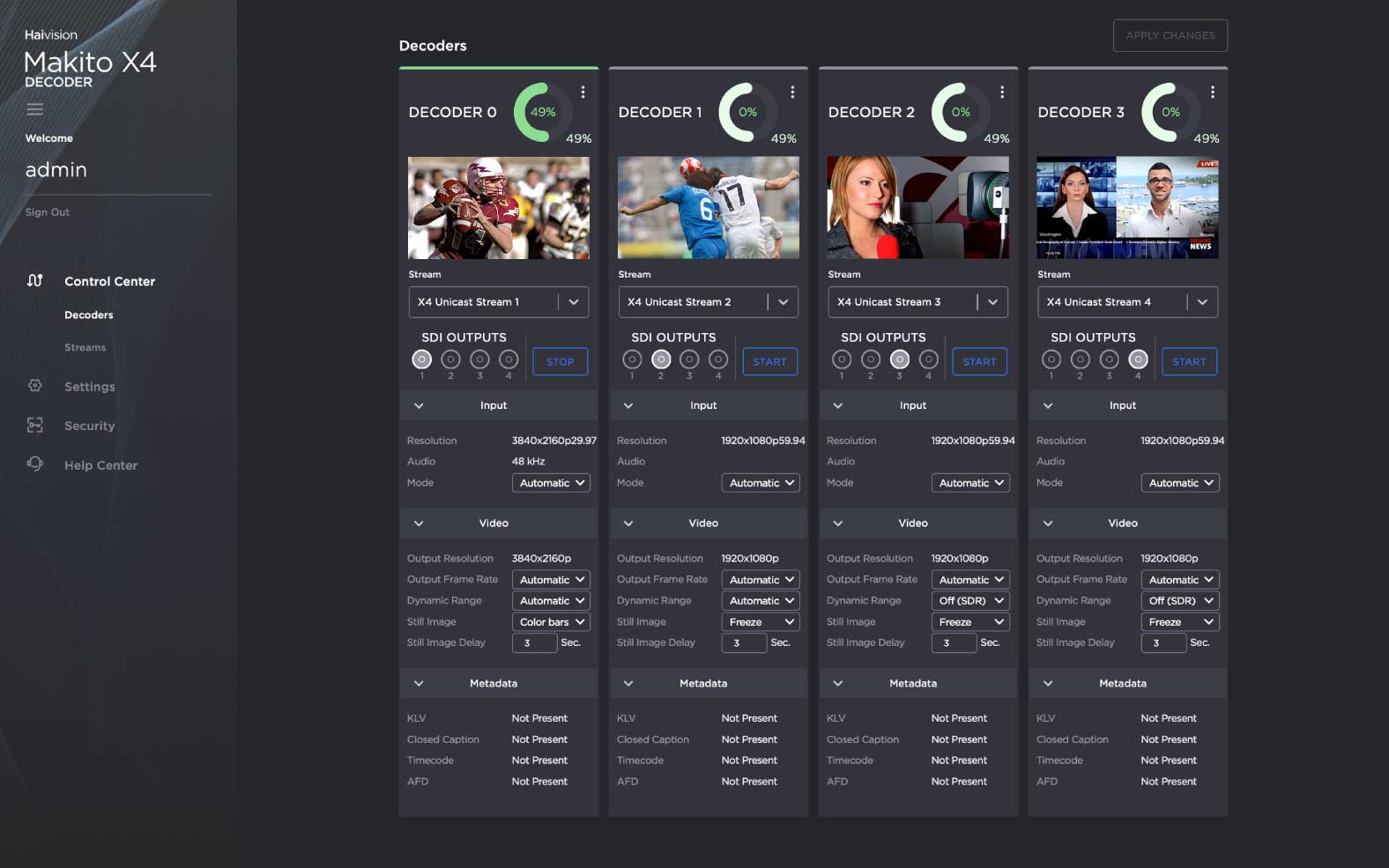 We’ve also introduced a number of other improvements to the Makito X4 Decoder with the latest firmware release including an advanced security page within the web GUI enabling system administrators to create user accounts, set passwords, security policies, and much more.

The 1.3 release of the Makito X4 decoder firmware is available to existing customers and will be included in any new orders.

For all the details on the ultra-low latency Makito X4 Decoder, download the datasheet.