Unlocking the Potential of 5G for Live Broadcast Production

HOW 5G WILL COMPLETELY CHANGE BROADCAST CONTRIBUTION AND REMOTE PRODUCTION

For the third year in a row, our 2022 BROADCAST IP TRANSFORMATION REPORT cited 5G as the technology that would have the biggest impact on the industry. According to our survey of over 650 broadcast professionals from across the globe, 68% agreed that 5G will completely change the way broadcast television is produced. In this paper we dig deeper into exactly what 5G is, its key features and deployment stages, and why it’s a real game changer for remote production.

From Satellite Contribution to Bonded Cellular

Satellite used to be the most common way for broadcasters to send live video from a remote venue to a central production facility. Though the technology has been used successfully for decades, it is expensive, and due to limited bandwidth, requires a truck full of outside broadcast (OB) equipment to produce the content on site. Relying on satellite uplinks can make sense for premium events with very large budgets but is cost prohibitive for smaller events and single-camera field journalism.

By the late 2000s IP technology emerged as an alternative to satellite uplinks, enabling large events to adopt REMI or at-home remote production models. Instead of requiring large OB trucks on site, individual camera feeds can be sent over dedicated fiber or managed IP networks back to a central live production facility.

In 2012, Haivision developed the Secure Reliable Transport (SRT) protocol for reliable low latency transport of video streams over the public internet. Made available to the open-source community in 2017, SRT is now widely adopted by vendors and broadcasters, has made remote production more affordable and practical for second tier and smaller events by using portable video encoders, such as the Makito X4 video encoder, to transmit live video over the internet. 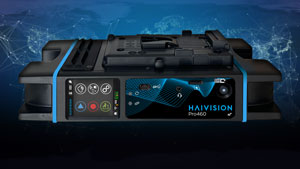 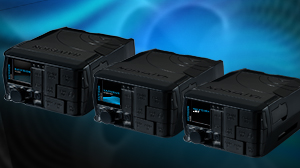 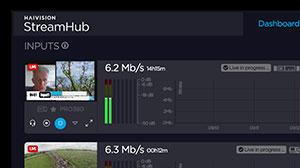 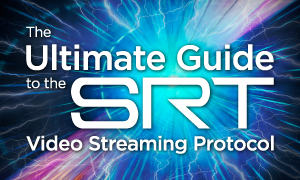